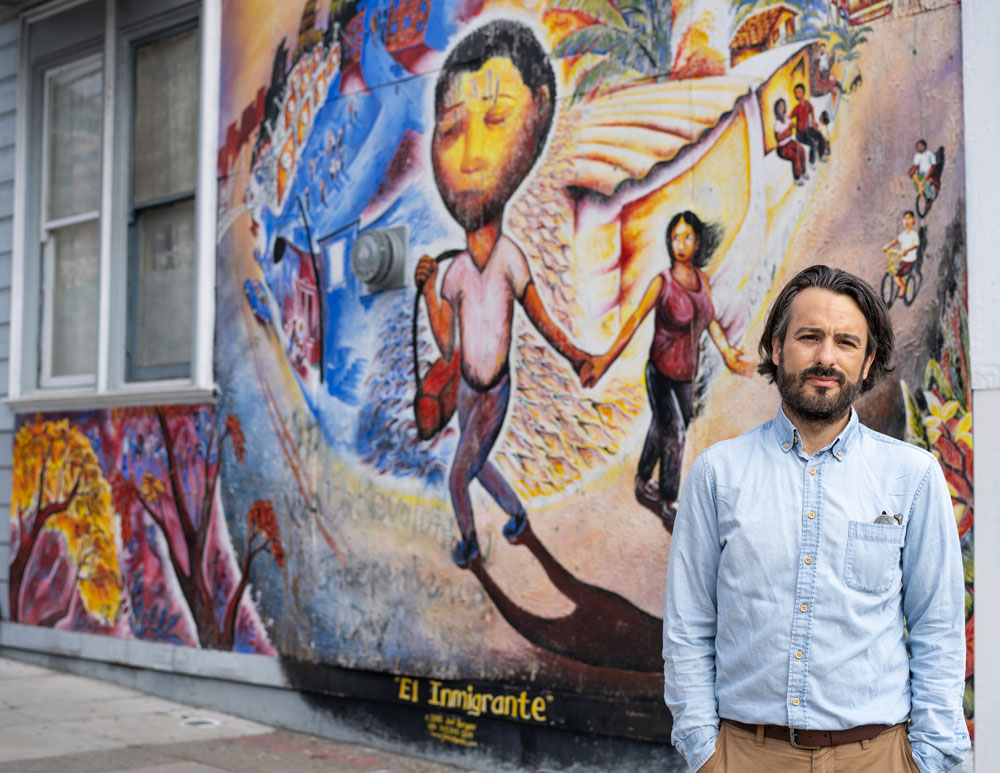 Each year, about 500 newcomer immigrants enroll in public high schools in San Francisco, according to neighborhood data. Of these 500, more than half come from Honduras, El Salvador and Guatemala. Another eight percent come from Mexico.

Among recent immigrants, language, academic, social, financial and now pandemic stress are common. Latinx newcomer youth are at increased risk for traumatic stress and behavioral problems, says research conducted by the William T. Grant Foundation. They are also less likely than their white counterparts to access and use mental health care services.

Fuerte, a semester-long mental health education program for Latinx Spanish-speaking newcomers in the San Francisco Unified School District (SFUSD), seeks to change that. It has served more than 350 young people since its inception in 2015, it has survived the pandemic, and its current iteration is being evaluated by UCSF researchers for its impact on mental health literacy, connections, and life. access to mental health services and social connections.

According to Dr. William Martinez, the lead researcher, the study is an opportunity to demonstrate the tangible impacts of mental health programs like Fuerte on immigrant youth. “If we can demonstrate that this program is beneficial for this population, we can obtain funds to maintain it. [and] spread it to other places in California,” he explained. Currently, the San Francisco program has guaranteed funding for at least two more years, through the Mental Health Services Act Innovation Fund, which is funded by an income tax of 1% on annual personal income over $1 million since 2004. .

In addition to recognizing the unique mental health needs of newcomer immigrant students, Fuerte is groundbreaking in its emphasis on the importance of preventative care. Martinez and his fellow clinicians first recognized the need for a preventative mental health program in 2013, when they began to see “a lot of [Central American] the children are coming [to the UCSF clinic] with a lot of trauma,” he said. “Newcomers were arriving…when they were already much sharper, [with] many more behavioral health issues. The psychological impact on immigrants of the United States’ inhumane family separation and detention center policies, its criminalization of immigration, and its nationally and interpersonally racist rhetoric cannot be underestimated here.

Part of Fuerte’s programming therefore consists of screening to identify mental health care needs and connect students to services earlier. However, structural barriers to access remain. Conversations with Latinx newcomers to the program revealed that most young people were unavailable outside of school hours. “Most of our kids work after school, and many of them work more than 20 hours a week,” Martinez said. El Tecolote. “We have labor turnover…for the same reason – it’s so expensive,” he said. A shortage of Spanish-speaking mental health clinicians in San Francisco means care is frequently delayed for patients who need bilingual services.

SFUSD Focal Services Supervisor Erik Martinez said that for newcomer students “there is a critical need for mental health [support]. There are waiting lists that people have access to. Some of these waiting lists are closed…[some are] minimum one month, which means that someone will not be seen for one month. I think Fuerte helps – I think school-based supports help, but I think we also have to remember that schools close during the summer.

What makes Fuerte great — its ease of access during free time at school — is also a reminder of the limitations of the program. Ensuring access to mental health resources for newcomer students is a task that extends well beyond the confines of Fuerte and into local and national health policies and priorities. No child should wait months for a therapy appointment. To not urgently address the proven need for Spanish-speaking clinicians in the city is to neglect Latino communities.

Moreover, while Fuerte’s programming addresses literacy and bonding needs, it has also revealed new ones. For Latinx newcomers who speak Portuguese or native languages, for example, there is a double language barrier: not speaking English and not speaking Spanish. “We had a lot of people referred to us who spoke Portuguese [or] Mom,” Martinez said. One year, five Brazilian newcomers were referred to Fuerte, and the program turned them away rather than try to accommodate them.

A few years ago, San Francisco International High School, one of three high schools that offers Fuerte programming, approached the research team to request an accommodation for Syrian and Yemeni newcomers. Rollout of the modified program began in early 2020, but collapsed soon after when the pandemic hit. However, the transition to Zoom and telehealth has not inhibited the more established Spanish-language program. In fact, even virtually, the program was able to develop students’ sense of social belonging. One young participant said in a focus group: “Fuerte is a great group because we share our ideas and our dreams for our future, and other things about ourselves, and we share them with the group… I learned a lot of things about [the other youth participants]and they also heard about me.

The effectiveness of the program relative to telehealth is particularly important in terms of scale-up and extension to reach more newcomer populations. In more rural areas without enough Spanish-speaking providers but with significant needs, such as the Central Valley, we now know that mental health education and prevention programs can take place virtually and have substantial impact.

As for other future directions, the Fuerte team discusses whether and how to involve parents in their programming. Many newcomers “are now reunited with family members they have never met before, [or that] they haven’t seen in a long time, and now they have to learn to get along,” Martinez said. But again, similar barriers to implementation and access exist. Like their children, parents often hold several jobs and/or take care of the children. The waiting lists are long. “We have to get creative,” Martinez said.