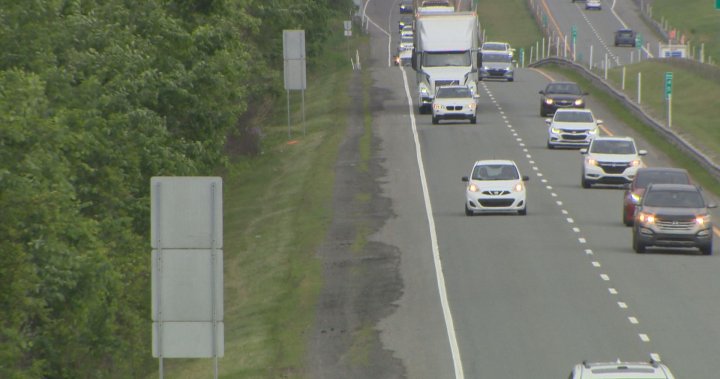 For decades, some Beaconsfieldians have been calling for the construction of a wall along Highway 20 to block sound.

The long-awaited project is currently the subject of public consultations.

Resident Michel Rheault’s house is less than 50 meters from the highway and he has lived there for 12 years.

He says the noise is affecting his hearing and his sleep.

Rheault says living near the road with constant noise from cars has led to tinnitus, a constant ringing or other noise in one or both ears.

“When I go to my house or any other place, I still hear noise and it stays there for a while,” Rheault said.

Now, the Montreal public has confirmed their concerns.

Dr. Daivd Kaiser, who specializes in environmental health, mentions in an email that the noise levels measured in the residential area south of Highway 20 are higher than those recognized by the World Health Organization, the Institute National Public Health Office of Quebec and the Regional Public Health Department of Montreal.

“They can have a negative effect on the health of the population, including an increased risk of cardiovascular events, inconvenience and sleep disturbances,” Dr. Kaiser said.

“More generally, it is recognized that living less than 150 m from a highway or a major artery without mitigation measures generates harmful effects on health.

Public Health also said the northern section of the highway, although further away, also appears to have “problem levels.”

These health effects can vary depending on public health such as discomfort, asthma, cardiovascular incidents and even in extreme cases cancer.

“No study or analysis of documents has been carried out for health problems in Beaconsfield,” Mayor Georges Bourelle said in response.

“We can’t go on assumptions and invest $60 million and we don’t have any concrete health issues related to the information on the documents.”

Dr. Kaiser was referring to figures collected in 2010 by the Quebec Ministry of Transport.

Bourelle says he understands the freeway is a serious problem for some residents, but the majority of residents, he says, are unaffected.

“They made a choice. they made a conscious decision to live there,” Bourelle said.

Of the 7,000 homes in the West Island city, there are 148 homes that reside in the red zone which has sound level readings of 70 decibels or more – as loud as a washing machine or a dishwasher.

A total of 300 homes are located in the yellow and orange zones located 100 and 150 meters from the roadway.

Bourelle says the MTQ hasn’t registered many complaints about road noise in the orange and yellow zones.

According to the Department of Transportation, 55 decibels is the acceptable sound level.

“The question is whether everyone in Beaconsfield wants to pay a large enough amount of taxes for 148 homes,” Bourelle said.

The latest rendition of the Department of Transport’s sound barrier proposal is expected to cost between 50 and 60 million, triple the previous estimate in 2010.

Beaconsfield will be on the hook for a quarter of that, which equates to just under $15 million, Bourelle said.

“It could be a lot, but according to the calculation of the impact in Beaconsfield, it would double our debt and it would have a serious impact on all the other projects that we are planning,” Bourelle said.

The city is in the process of holding public information sessions for residents.

The next public consultation is June 6.

Residents will be explained the city’s tax simulation for the different zones and what the braided willow wall will look like.

Residents will also have the chance to complete an online survey on the acceptability of the noise barrier.

Bourelle says that while it’s not up to him, he sees the project will ultimately be decided through a referendum process with a final decision likely to fall in the fall of this year.