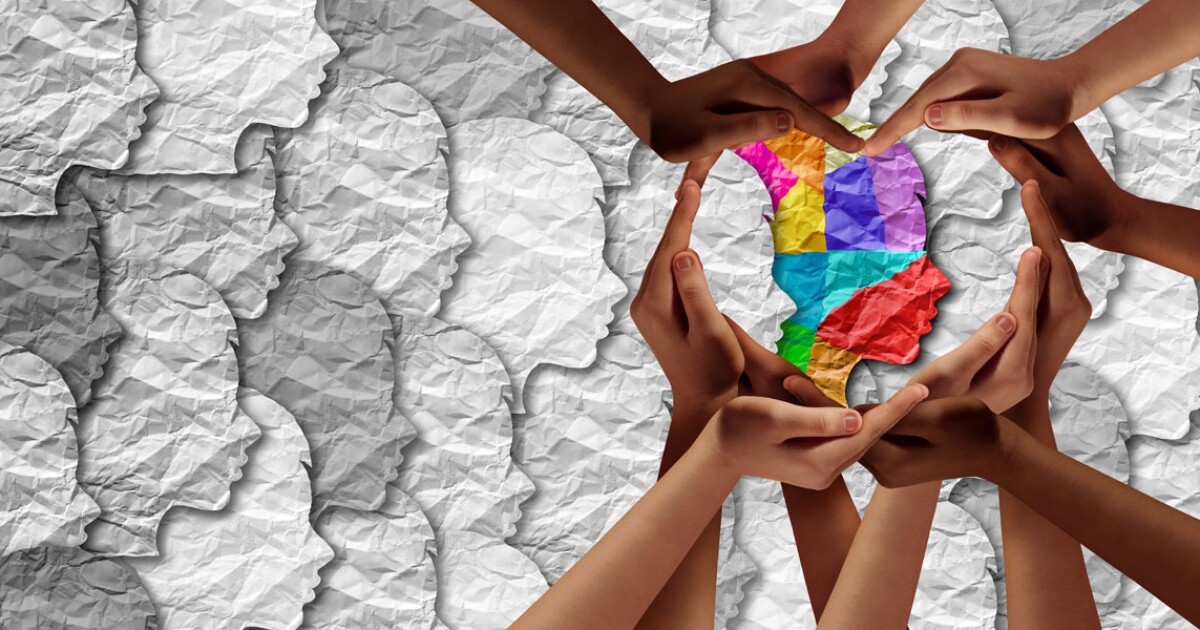 CARBONDALE, Ill. – Even those who seem to have it all – including star athletes and celebrities – can lose their lives to depression and mental illness and with May being Mental Health Awareness Month, an official from Southern Illinois University Carbondale Health Care urges people to be aware, stay connected, and seek help for themselves and others when needed.

In the past few months, several college athletes, including Stanford University football star Katie Meyer, James Madison softball catcher Lauren Bernett, University of Wisconsin standout distance runner Sarah Shultz have committed suicide, as did country singer Naomi Judd just before she was inducted into the Country Music Hall of Fame. Morgan Rodgers, Duke University lacrosse comedian/actor, comedian/actor Robin Williams and NFL linebacker Tiaina “Junior” Seau also died by suicide, illustrating how depression and other health issues can strike anyone at any time, no matter who they are or how their lives are perceived by others, according to Jaime Clark, director of SIU Carbondale’s Student Health Services.

Clark, who holds a doctorate in counseling psychology from the University of Denver, said millions of people around the world struggle with depression and other mental health issues, but help is available. and there are things you can do to help yourself and others.

Many types of mental health problems

There are a wide variety of mental health issues, including:

The COVID-19 pandemic has impacted mental health across the country, she said. The average percentage of adults reporting symptoms of anxiety or depressive disorders rose from 11% to 41.1% between early 2019 and early 2021, according to the National Health Interview Survey and the US Census Bureau Household Pulse Survey.

The increased social isolation combined with the rise in social media use has proven to be a toxic combination, Clark said. People feel lonely and isolated without real human contact. Social media can also cause two other problems:

Clark said early exposure to the Internet for teens who haven’t developed the coping skills they need to deal with these issues compounds the stress and danger.

Unsurprisingly, amid the worst part of the pandemic in June 2020, essential workers reported suffering from heightened mental health issues, Clark notes. According to the Centers for Disease Control, 11% of all adults have considered suicide in the past 30 days, compared to 4% before the pandemic, and 22% of essential workers have considered suicide compared to 8% of the general population.

The rates of those who started or increased substance use to cope with COVID-related stress or emotions were 25% and 11% respectively. The gap has narrowed significantly in the percentage of people reporting having symptoms of anxiety or depressive disorders – around 42% of essential workers and 30% of non-essential workers.

Globally, more than 800,000 people commit suicide each year – one death every 40 seconds. Nine out of 10 people who die by suicide have a mental health condition that contributes to their death. For every suicide, there are 25 attempts.

The researchers looked into why, according to Clark. From the perspective of a suicidal person, a crisis point has been reached, their thinking becomes limited, and they are desperate to escape the pain that, for them, has become unbearable.

Clark says there are many myths when it comes to suicide, and she addresses those misconceptions here.

Clark notes that there are a number of other health, historical and environmental factors that can also play a major role in mental health and well-being, including:

Signs to look out for

Everyone can play a role in helping reduce the suicide rate and save lives, Clark said.

“We need a culture where everyone knows how to be smart about mental health,” she said, noting that only two in five people with a mental health problem seek treatment.

If someone suffers from a broken arm or is injured in a car accident, he does not hesitate to consult a doctor. Yet if they have emotional or mental health issues or crises, they are hesitant to seek help, she said.

“We need to make mental health a priority just as much as physical health.” said Clark. “People need to seek professional treatment, get assessed, discuss treatment options, and find what’s best for them.”

She offered some warning signs to watch out for in friends and loved ones, including:

If you are worried about someone, how can you help them?

Reach out and talk to them privately, listen to them, express your concern, and tell them and show them you care, suggests Clark. Don’t be afraid to ask them directly if they are having suicidal thoughts and encourage them to seek mental health services. She said to avoid minimizing their feelings, to try to convince them that life is worth living and to give them advice on how to “fix” everything.

“If you think they are at risk, stay with them, secure or remove lethal means, and seek them out or escort them to mental health help,” Clark said. “This can be done by taking them to the local emergency room or calling emergency rescue.”

Call the Suicide Prevention Lifeline at 1-800-273-TALK or text the Crisis Text Line 741-741 for help, or dial 911 in an emergency. On the campus, Counseling and Psychological Services (CAPS)

provides mental health treatment and referrals for students and can be reached at 618-453-5371. SIU also offers faculty, staff, students and family members the opportunity to submit references for all students who concern them through Saluki cares.

Help yourself and help others

On a daily basis, there are things we can do to help ourselves and others improve our mental health, Clark said.

“If these suicides did nothing else, they showed us that depression and mental health issues really can affect anyone, but help is available,” Clark said. “Stay connected and remember that virtual communication and social media are no substitute for real connections. People deserve to be heard. Seek professional help for yourself or others if you need it.

The integration of tobacco control into health, education and environmental policies is emphasized

A call to action from the Maine law enforcement community