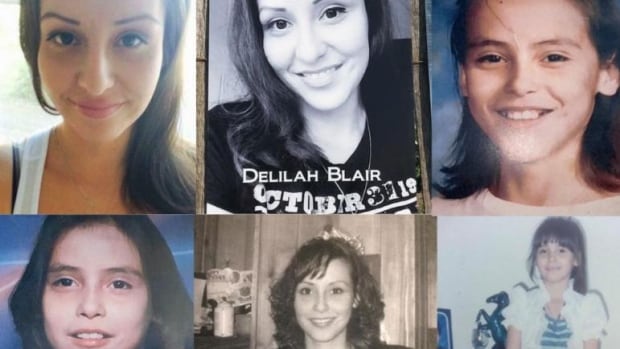 The inquest into the death of Delilah Blair in Windsor, Ont., heard Wednesday from a prison conditions expert who said care plans are key, especially for inmates in the mental health unit.

Kelly Hannah-Moffat testified Wednesday before a coroner’s jury considering the May 2017 death of Blair, an Indigenous woman of Cree ancestry who was found without vital signs in her cell and later pronounced dead in hospital. Earlier in the inquest, two South West Detention Center (SWDC) correctional officers who were responsible for Blair’s care testified that they were unaware of a document that instructed staff to monitor the detained for depression and anxiety.

These documents are “absolutely essential” for people inside prison mental health units, said Hannah-Moffat, who has done research and consulting work on justice issues for the Ontario and federal governments.

She has also specifically studied the conditions of confinement and prison reform.

In Blair’s case, his inmate care plan included details about monitoring for signs of depression, anxiety, withdrawal and psychosis, the inquest heard.

While officials have already determined that Blair died by suicide, the coroner’s jury is tasked with investigating the circumstances of the death and making recommendations to prevent future deaths. An inquest can be triggered automatically when an inmate dies while in custody. The Blair inquiry began on Monday after two years of pandemic delays.

Blair, a 30-year-old mother of four who had lived in the Northwest Territories and Manitoba before arriving in Windsor, was found in her cell on May 21, 2017. Blair had been charged with robbery. She was awaiting sentencing on a guilty plea at the time of her death.

She had spent time in the prison’s women’s mental health unit, which is under the indirect supervision of officers who at the time monitored inmates twice an hour.

The inquest heard that Blair was found in her locked cell with a bed sheet around her neck 22 minutes after she was last seen in the common area, as seen in security camera footage shown during the investigation.

During her testimony, Hannah-Moffat saw pictures of the SWDC male and female mental health cell blocks.

She described the male environment as being more spacious and having more light and windows for inmates to see the outside world. Male inmates also have direct access to a basketball court.

Hannah-Moffat said the Women’s Mental Health Unit at Windsor Jail appeared dirty, with no outside light or recreational activities.

“Terrible place to keep someone if they have mental health issues,” she testified.

As an Indigenous woman, Blair had a different set of needs and challenges in prison, Hannah-Moffat said, noting it’s difficult to access elders or Indigenous medicine.

“When you’re talking about Indigenous women, it’s a lot harder for them to be in isolation or isolation than it is for others.”

Christa Big Canoe is representing Blair’s family at the inquest and is the legal director of Indigenous Legal Services.

As noted in evidence at the inquest, Big Canoe testified that the SWDC lacked native support at the time of the Blairs’ death. For example, there was no Aboriginal Inmate Liaison Officer and there were no Aboriginal programs available in the Women’s Mental Health Unit or access to Elders.

“Not having elders would be very problematic because I think sometimes talking to an elder can really, really help a person. It can really ground a person,” Hannah-Moffat said.

“Not having access to it makes you feel more alone, isolated, more scared,” she added.

The two correctional officers and a social worker who have previously testified said they did not know Blair was Indigenous.

A lack of meaningful contact can be detrimental, even more so for Indigenous women, Hannah-Moffat said. Speaking with a medical professional through a meal slot in a prison door is not meaningful contact, but rather “inhumane”, she gave as an example.

“Especially if you’re attached to community and nature. It’s just as problematic for them, if not worse,” Hannah-Moffat said.

The night Blair died, two other women were in the same mental health unit.

Krystal Warnock, a former SWDC inmate, testified that she never spoke to Blair face-to-face because they were under rotational unlock – where only one of three inmates was allowed in the common area at a time .

A day before Blair died, Warnock recalled, Blair shared with her a poem she wrote about her son, slipping it under the locked cell.

The night Blair died, Warnock recalled hearing “screams and screams” from her cell with a guard. She assumed it was about the TV remote that had been removed.

Earlier testimony from corrections officer James Wright said he heard Blair scream or scream while he was with his partner. He testified that the remote control was returned. Security camera footage showed Blair jumping around the common area less than an hour before she was found in her cell.

Warnock testified that Blair “seemed fine” when she saw her, but added that she observed that Blair felt restless and “must have some anxiety” and seemed rowdier than usual.

Blair’s access to her mother’s phone was also a key point in the investigation.

Warnock testified that there was a telephone in the common area of ​​the unit. However, to make a long distance call, a staff member would need to approve a written request and provide a separate phone.

Selina McIntyre, who lives in Hay River, Northwest Territories, testified Tuesday that she hadn’t heard from her daughter in four or five weeks. It wasn’t until someone from the prison called to say she was dead that she learned that Blair was incarcerated.

The inquest is expected to last nine days.

If you or someone you know is having trouble, here’s where to get help:

This guide to Center for Addiction and Mental Health explains how to talk about suicide with someone you’re worried about.