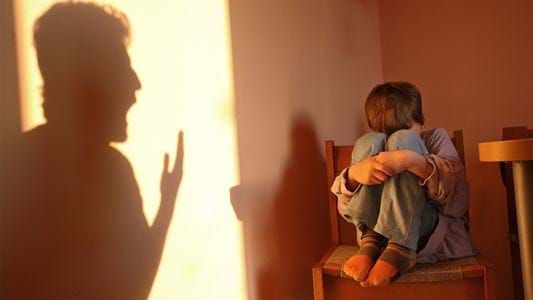 Children growing up in violent domestic and family homes are five times more likely to use mental health services by the time they turn 18, according to a new study.

The ANROWS report, led by a team from the University of Western Australia, also found that those with no known experience of violence will only seek help 16% of the time.

Stay up to date with the latest news with The Western Australia Briefing – catch up on news as it happens:

On average, the children were six when the police or health recorded domestic or family violence in the home, but were 12 when they received a health service.

It revealed that WA children were more likely to be diagnosed with mental illnesses if they were exposed to domestic and family violence.

They were also twice as likely to have a substance use disorder.

ANROWS CEO Padma Raman declared that every child has and deserves the right to live in a safe family environment.

“Children who are victims of domestic and family violence must have access to services that are holistic and able to meet multiple needs”, she says.

“Collaboration is the key to effective care – and to avoiding the potentially negative impacts of multiple services working disconnectedly with children and families.”

Data collected from WA Police and WA Health contributed to the formulation of the report which aimed to identify the use of mental health services and diagnoses of children exposed to domestic and family violence in WA between 1987 and 2016 .

16,356 child victims of domestic and family violence were compared to a group of 41,996 children who had never experienced such behavior.

Minister of Social Services Amanda Rishworth told Western Australia that reducing violence against women and children was a top priority for the federal government.

“This important research. . .highlights the intergenerational impact of family and domestic violence,” she says.

“Every child has the right to grow up in a safe environment free from family and domestic violence.

“(Our) government, with our state and territory counterparts, will explore ways to reduce the impact of family and domestic violence on children.”

If you, or someone you know, needs help with domestic and/or family violence, there are many resources available:

Join Tom Tilley with regular rotating co-hosts Jan Fran, Annika Smethurst and Jamila Rizvi on The Briefing, Monday through Saturday, for the day’s headlines and breaking news as well as breaking news and interviews. Available on List number:

Government calls for evidence to ensure better access to health, education, social care and housing for people with Down syndrome