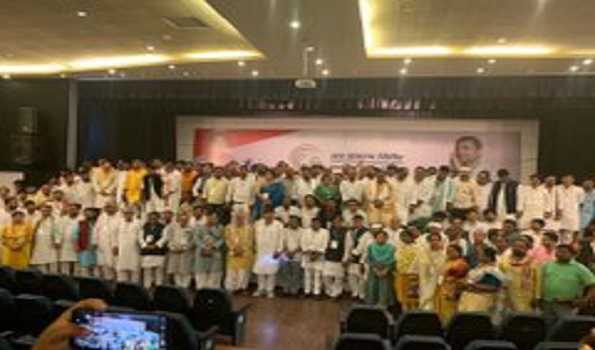 Congress to call out Nithian government’s failures on health, education and jobs

Rajgir, Jun 2 (UNI) Congress decided on Thursday to launch an agitation in the streets on issues of public interest such as education, health and employment to denounce the failures of the government of Nitish Kumar.

It was crystal clear that Narendra Modi’s government had failed on all fronts to meet the aspirations of the common man, he added.

“Commodity prices have risen alarmingly, causing great hardship to the common man, but the central government has been unresponsive to the issue,” Jha said, adding that farmers and youths also felt abandoned under the current regime.

Instead of preoccupying itself with genuine issues of public importance, Narendra Modi’s government was diverting the attention of the masses to cover up its failures, he noted.

The Chairman of BPCC said that the government of Nitish Kumar had failed miserably in providing jobs to young people by improving better educational facilities in the state.

Similarly, the interest of farmers and laborers was also ignored under the current Bihar regime,