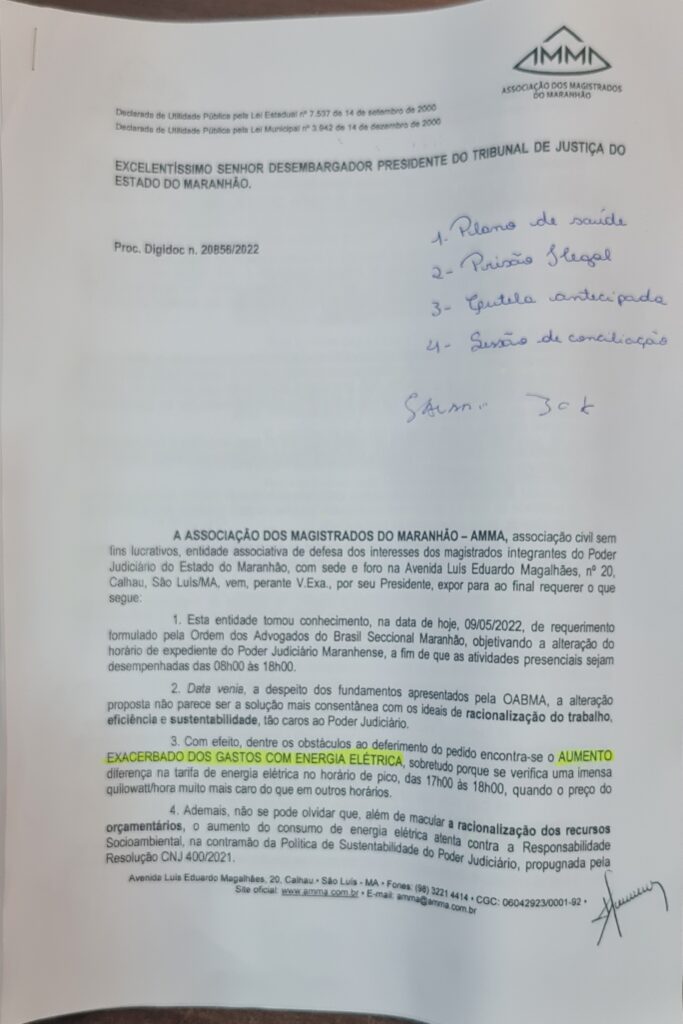 The Association of Magistrates of Maranhão (AMMA) was not impressed by the decision of the new President of the Court of Justice of Maranhão (TJMA), Judge Paulo Felten, Restore the normal working hours of the Judiciary of Maranhão, as well as service to the public, Monday to Friday, 8 a.m. to 6 p.m., starting May 16, 2022.

In a letter sent to the head of the judiciary, requesting a refusal on the basis of a request by OAB-MA to approve normal working hours, the representative body of judges in Maranhão demanded an increase in the expenses of electricity – noting that “an increase in consumption […] Violations of social and environmental responsibility”-; “dispersion of human resources”; “decrease in the quality of life of civil servants and judges”, among others.

According to the Confederation of Trade Unions, the change bears no indication that it can lead to increased efficiency or productivity, because according to the association, “the demand for lawyers or afternoon parties is very low”.

For the association, the ideal was to keep the schedule from 8 a.m. to 1 p.m.

In a speech to the Legislative Assembly, Representative Iglesio Moises (PSB) endorsed the measure adopted by Paulo Felten and strongly criticized the AMMA office.

The first reason is the increase in electricity consumption. It’s a lot of misinformation, because justice has increasingly invested in solar energy,” he said.

The parliamentarian commented on the disparity in salaries between judges and other groups who have a heavier workload.

“The salary, today, for the judge, for the examining magistrate, is 30,000 reais. I have no comment on other people’s wages, but I have to say that the nursing technician has minimum wage for working hard 12 hour shifts, and they are not worried about their work environment.