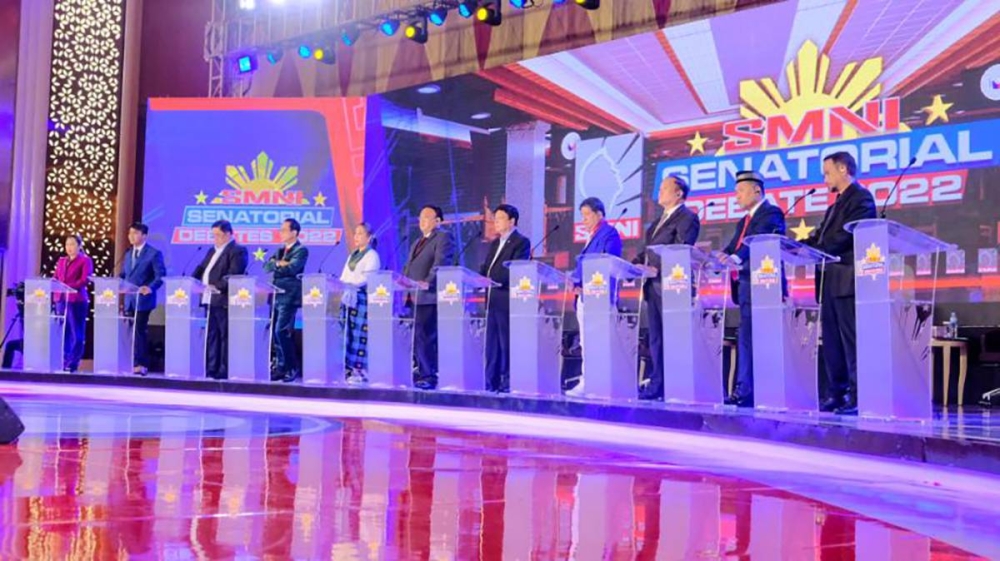 “The unemployment crisis is one of the major problems that must be urgently tackled. My objective is to strengthen government interventions to restore hope to our people, especially the poorest of our poor, belonging to the the most vulnerable and marginalized sectors of our country, an assurance that they receive priority and adequate assistance as we move forward on the path to a sustainable and green recovery in the event of a pandemic,” Legarda said during the MNCH Senate Debate 2022 organized on Wednesday in partnership with The Manila Times.

Legarda has pledged to push for amendments to the Public Employment Service Office, which she also co-authored and passed during her first term as a senator, to include entrepreneurship and strengthen local government units by establishing the Barangay Employment and Entrepreneurship Service Office (BEESO) to facilitate job matching at the barangay level.

She is also at bat for the One Tablet, One Student Act which will provide every student with resources to deal with the blended learning system; raising the salary of public school teachers from the entry level of grades 11 to 15; and to institutionalize livelihood programs under the Pangkabuhayan Bill to ensure that more Filipinos have the opportunity to start their own livelihoods and be financially independent.

Meanwhile, the PDP-Laban senatorial bet, House Vice Speaker Rodante Marcoleta, said he would work to reduce the cost of electricity.

Like Legarda, attorney Lorenzo “Larry” Gadon has also pledged to push through legislation that will create jobs.

Aspiring senators Salvador Panelo, Carl Balita and Ibrahim Albani said they would prioritize health and education to improve the quality of life of Filipinos.

Balita said he is committed to creating an omnibus law on positive practices for healthcare workers and pushing for the formation of a commission on micro-enterprises to help Filipinos become entrepreneurs. He also mentioned the need to review the K-12 curriculum.

“How do you attract the brightest if their salaries are not competitive, not just in Asean but also in the Philippines,” he said.

Panelo, former chief legal adviser and spokesman for President Rodrigo Duterte, said he was determined to continue the reforms of the current administration.

He pledged to push for action to be taken for the provision of services and facilities for children with special needs, especially those who lack the means or resources for sustainable care.

He also cited the need to help the elderly, tricycle riders and the LGBT community.

Independent senatorial candidate Agnes Bailen said if elected as a senator in May, her priority legislation would focus on reorganizing the bureaucracy.

“In the time of the pandemic, we found out who the essential and non-essential government employees actually are,” she said. “So the first thing I will do when elected a senator is ask the Public Service Commission to determine which agencies allow workers to work from home and which report for work.” Senatorial bet Partido Lakas ng Masa Luke Espiritu has warned that if elected as a senator he will dismantle labor agencies.

Roque said he would seek the abolition of the Philippine Health Insurance Corp. (PhilHealth) which has been riddled with corruption allegations and would replace it with a national health service.

“Isusulong ko rin ang pagkakaroon ng is an bagong IATF (I will push for the creation of a new Inter-Agency Task Force) na ang komposisyon is hindi lamang po mga doktor kundi maging mga negosyante, mga sociologue para po ‘pag ngkaroon ng bagong pandemya and at the same time ay maiwasan ang pagkalat ng sakit (whose composition will not only be made up of doctors but also of businessmen and sociologists so that if ever another pandemic occurs, we will prevent the spread of the disease and hunger),” Roque said.

Castriciones stressed the importance of saving the agricultural sector by putting more emphasis on the welfare of farmers and fishermen.

“Napabayaan po ang agrikultura (agriculture has been neglected). Agriculture is the backbone of our country,” he added.